June 15th marks the five-year anniversary of J. Cole's mixtape The Warm Up. With the impact that this project had on his career, Cole took some time to release an open letter today to his fans and supporters about this project, its success, his career, and more. He also premiered a never-before-seen video for his track 'Lights Please', directed by BBGUN from The Warm Up. The schedule for his 2nd Annual Dollar And A Dream Tour has now been revealed today as well, which starts July 3rd with shows in the UK and United States before concluding on July 23rd. Watch the trailer for the 2nd Annual Dollar And A Dream Tour above, read the open letter, check out the tour dates below, and watch J. Cole's video for 'Lights Please' here. 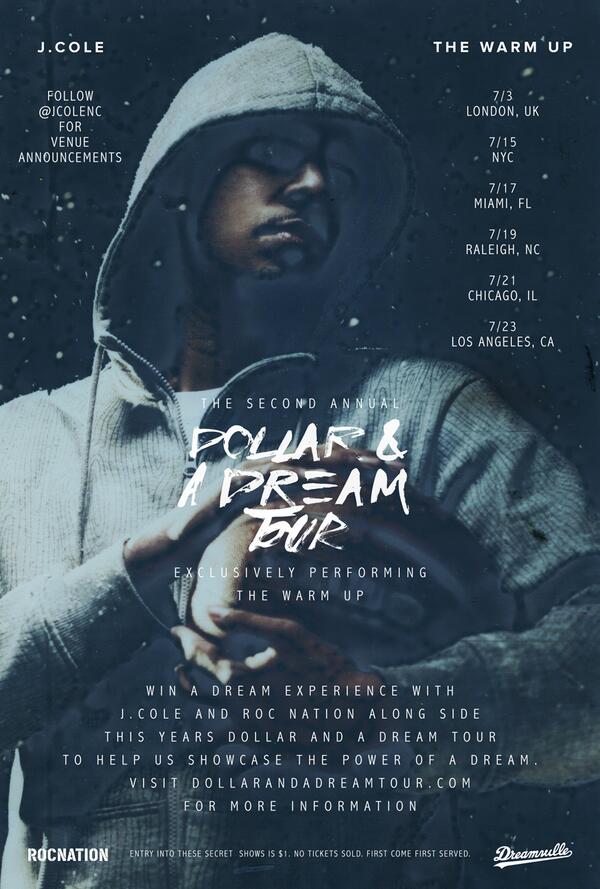 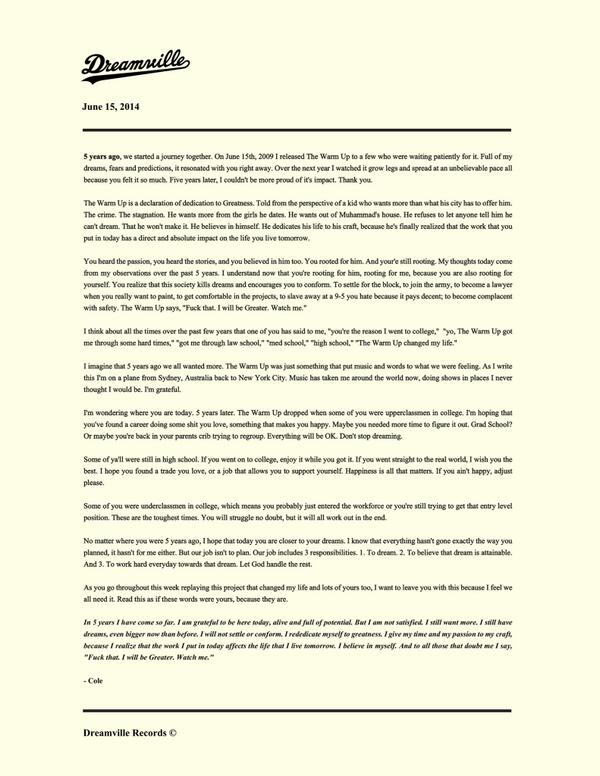