G-Eazy is ready to go back on the road and grow his expanding fan base. He has just announced that we can expect part 2 of his From The Bay To The Universe tour. During this series of shows, Kehlani, Jay Ant and Kool John will join the 22-city North American tour. Although the tour covers 28 cities, the last 6 will feature only G-Eazy starting in Honolulu on February 9th and end in Melbourne, Australia on February 16th. Check out the trailer to the tour above and peep the dates below. 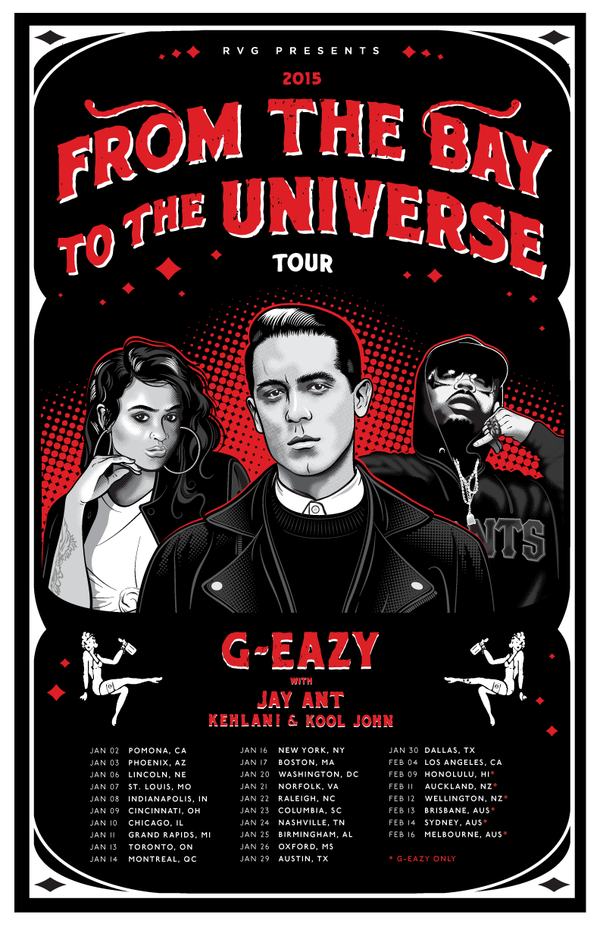