Unfortunate news has hit Kanye West's Yeezus Tour as select dates have been postponed in Vancouver, Denver, and Minneapolis due a truck containing equipment was in an accident, thus damaging objects needed on 'Ye's set. Hopefully, this won't have an effect on too many other dates in the near future. Read the official press release below. 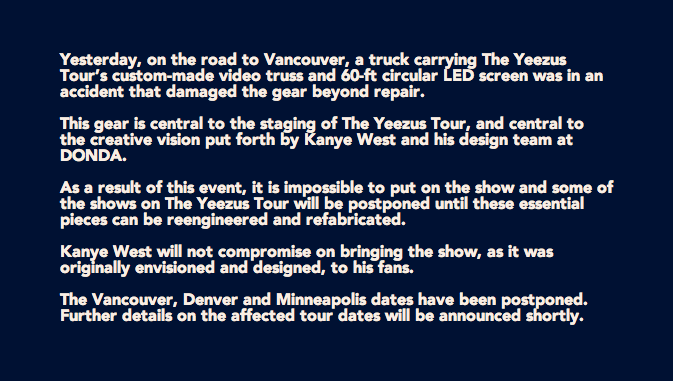 2013 Celebrity Halloween Costume Round Up