Yesterday marked the 10-year anniversary of Kanye West's debut album, The College Dropout. In the decade since its release, West has gone on to redefine parts of hip-hop and exert unprecedented influence over pop culture as a whole. For anyone who's a sincere fan of quality music, it's a period that can only be looked back upon fondly. Every Kanye West album is arguably classic in its own way, but in keeping with the tides of nostalgia, there are few things that rap fans like to do more than compare Ye's six solo full-lengths against one another. It's a fierce debate that pops up on social media seemingly every day, and with each LP being so impressive, it's an endlessly alluring conversation because people consistently offer a different take, and no one's ever really right or wrong. With this milestone date in Kanye's career as a reminder, we're stacking up each of his projects against one another, once and for all. Jay Z did the same thing with his own 12 albums back in December, so we know that these arguments can be relevant outside of the obsessive fan demographic. When an artist has a strong discography, there’s an inevitable temptation to try and make sense of it all. Here’s our shot at doing just that with Mr. West. 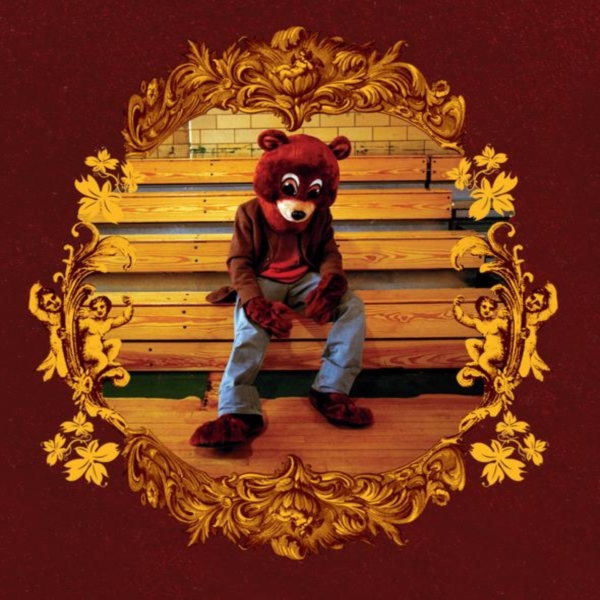 The College Dropout is a classic album. It’s even more classic than some of the better material that Kanye has released since because of the career it launched, trends it started, and shift it sparked. Records like “All Falls Down” and “Last Call” stand the test of time and hold up against any songs Kanye’s ever done. But it can’t be denied that Kanye’s gotten better in every aspect since The College Dropout. His raps are way more technically sound and developed and his production’s grown far more encompassing and ambitious. That doesn’t take away from the fact that The College Dropout still bangs from beginning to end, and for most rappers, an album of this caliber would be the high point of their career, but it was simply the beginning of something incredible for Kanye. We’ll remain forever nostalgic for the everyman tales of retail strife on “Spaceship” and the goofball bars about people with university degrees who work at The Cheesecake Factory, but as Kanye’s fame and world experience has grown, his stories and outlook have only gotten more interesting, making his succeeding work more captivating. Kanye has described this album as “perfect music.” The media seems to agree, as it received perfect scores across the board from most publications. The quality of the songs on the album, compounded by the narrative of his exile from public life after the Taylor Swift incident and retreat to Hawaii to craft the project, makes My Beautiful Dark Twisted Fantasy a rare, once in a lifetime musical event. The G.O.O.D. Fridays release strategy was outstanding, too. Kanye’s not wrong about his assessment of the album. Every song is excellent. The production radiates tireless hours upon hours of creativity and refinement. The lyrics are incredibly precise. It’s probably the most cohesive album of his career, but, in a strange twist of fate, that’s the one thing that kind of holds the album back, at least when comparing it to Kanye’s others. My Beautiful Dark Twisted Fantasy is so good that it’s exhausting. Listening to it too much is like watching Gone With The Wind everyday. One occasionally needs a break from the extravagance. That doesn’t change the fact that “Power” shut down everything on Earth when it dropped. That doesn’t change the fact that “Hell Of A Life” sounds like Darth Vader walking in the club in sonic form. There are moments on this album that few artists, even Kanye himself, will be able to match ever again, but there are albums of his that shine even more because of their rough edges, and are inversely more accessible because they’re not so flawless. 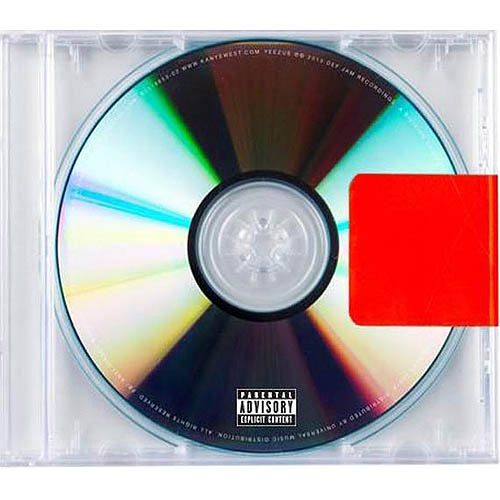 There are a lot of mixed opinions of this album. Despite overwhelmingly positive responses from most press, it’s hard to ignore to the chatter surrounding the album as a weird, jarring, off-kilter pile of confusion. But Yeezus is all of those things, and that’s what makes it so great. Kanye’s described the album as the sound of his “frustration,” and in turn, listeners get one of the most fascinating glimpses of his psyche. The production veers into acid and industrial, which is groundbreaking for a hip-hop album in many ways. Content-wise, it’s intensely personal in a robust way. Whereas 808s & Heartbreak was inspired by pain that caused Kanye to retreat and Graduation was a very visible attempt to relate to everyone, Kanye is pissed off on Yeezus and he’s impassionately vocal about it. “I Am A God” is an assault on the fashion houses attempting to lock him out, “New Slaves” is an attack on consumerism, “Blood On The Leaves” extorts the dark side of relationships, and that anger gives the record a revolutionary appeal. Yeezus seems like an album that a good sect of the population won’t appreciate for quite some time, but it’s the most daring release of Kanye’s career and it deserves praise because of that. 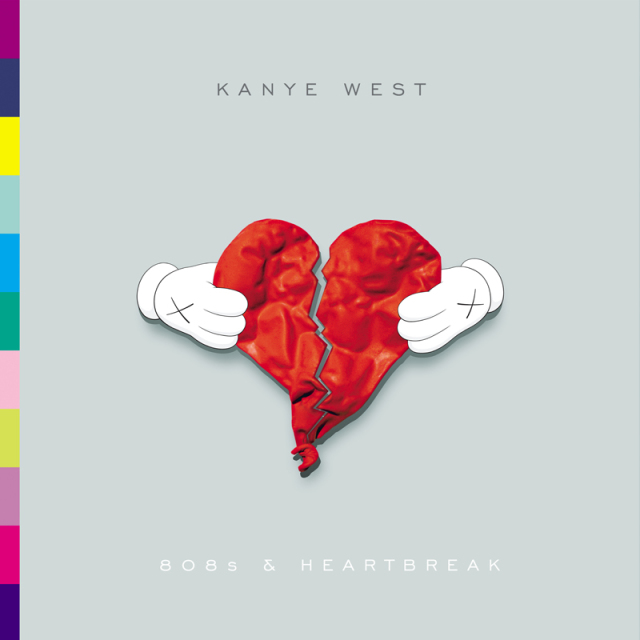 The respect for this album has climbed significantly since its release over five years ago. At the time, a lot of people didn’t know what to make of it. For one, Kanye wasn’t rapping anymore. He’s told stories of how record executives even suggested that he release the album under a different name, but he didn’t, and alas, the culture was shifted forward once again. The murky underwater production and pseudo-rap harmonizing begat the style of today’s biggest rap superstar, Drake, but beyond its influences on future generations, the album stands on its own as one of Kanye’s greatest achievements in a number of ways. After the loss of his mother and a romantic relationship, the record was focused inwards, but there was was an intrigue with that carried interest over to the mainstream. Songs like “Paranoid” and “Robocop” have a dark undercurrent, but they’re still jubilant. The contrast is gripping. That’s the kind of wave Kanye rides for the entire album. Though the overt use of Auto-Tune voice modification was at its peak in pop music, Kanye still managed to turn it into some type of avant garde tool, and it gave the album an edge that makes it still sound fresh. It masterfully covers both tangents of the music spectrum, from tracks like “Heartless” that even your mom knows, to cult classics like “Say You Will” and “Bad News,” that don’t get brought up as much, but inspire an allegiance and gut reaction in the most loyal listeners. To this day, it remains a deeply emotional album that legions of us can relate to, it inspired a new sound in hip-hop, and it’s a odd footnote on Kanye’s career that actually stands out as one of the high points. 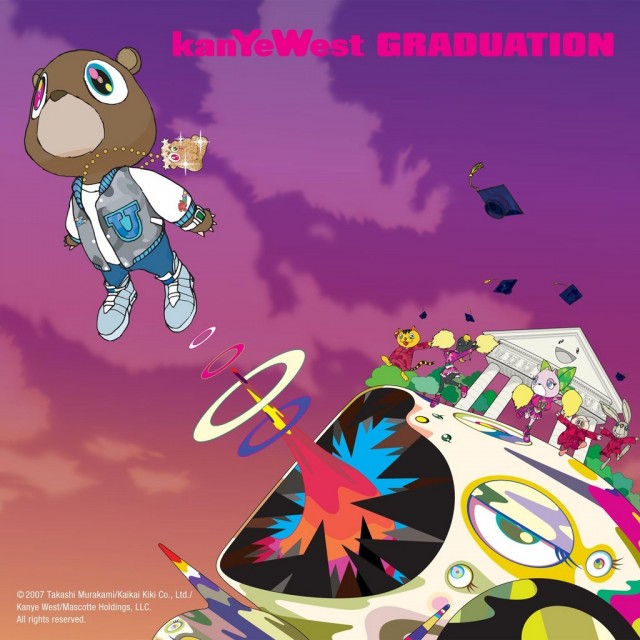 This is the easy favorite for Kanye albums. Like, if you say this is his best album, no one’s really going to argue with you. It came out at a time when Kanye had a completely unreal grasp on popular culture as a whole, not just hip-hop. Graduation is to Kanye what Thriller is to Michael Jackson, and rightfully so. Kanye always talks about “Can’t Tell Me Nothing” as his first official hood anthem, and it really was. Even people who couldn’t fuck with his outfits and outsider stance just couldn’t deny it anymore. Then there was “Stronger,” a Daft Punk-sampling, complete 180, that hit No. 1 on the Billboard Hot 100, introduced shutter shades to the world, and solidified him as a pop star capable of anything. The sound was so hip-hop, but so everything else at the same time. Kanye cites his time on tour with U2 and the Rolling Stones as inspiration for the album’s sound, which he dubbed “stadium status.” The idea was to go for big sounds that everyone could identify with, and to have sharp, direct lyrics that larges audiences could connect with on a massive scale. The concept was executed brilliantly. As a result, the album’s short, with no overlookable moments. Kanye had already proved who he was, and this album was about projecting that as concisely as possible. Tracks like “I Wonder” and “Flashing Lights” possess an electric current that shaped the sound of a lot of pop music to come, and now we see the blending of hip-hop and EDM at an all time high. Kanye brought disparate worlds together, and when the album outsold 50 Cent’s Curtis in their much-hyped first-week sales battle, it was clear that the transition was made. Graduation is a reminder of a time when it seemed like no one hated Kanye. It’s rare to see an artist in such a zone, but we got with that album, and it’s a time that’s unforgettable in every conceivable way. 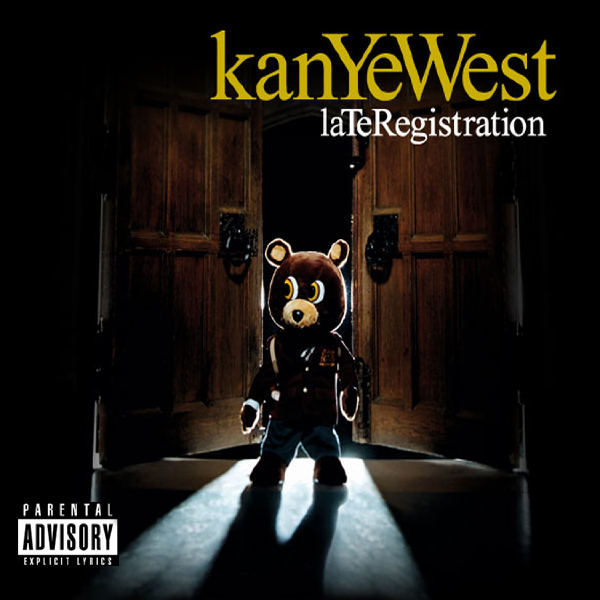 Late Registration is the perfect Kanye West album. It represents the pure hip-hop dude who people initially fell in love with, but also the guy who was starting to get weird and experiment. It represents the guy who was wildly rich and successful, but still remembered what it was like to have a pair of expensive loafers hurt his pockets. Working with Jon Brion as a co-producer on nearly every track made it as ambitious as later, left-field projects like Yeezus and 808s, but it was still seemed bent on appeasing a hip-hop audience, unlike those projects. Late Registration gives us militant Kanye on a song like “Crack Music,” but still finds room for pop Kanye on “Gold Digger” (the biggest hit of career with 10 weeks at No. 1 on the Hot 100), and both fit comfortably. Late Registration is Kanye throwing every possible idea at the wall, and having all of them stick. Adam Levine and Cam’ron and Brandy and Nas are all featured guests and Kanye molds them to his creative vision. The album recalls a time when Kanye had his finger on the pulse of culture in an unprecedented way, but wasn’t as keenly aware of it. This allowed for a certain unrestricted expression that was free of the expectations held to him today. He was breaking the rules and creating them at the same time. Tracks like “Gone” and “Diamonds From Sierra Leone” highlight Kanye in a space of wonder at his own accomplishments, and with that, he soared to new ones. Tracks like “Addiction” and “Late” are quiet classics. The album doesn’t scream its perfection the way some of his others do. It’s a more reserved, contained ride of quality, but that’s what makes it great. As artists often do on their sophomore record, Kanye is set on proving himself all over again while holding on to what led to his success in the first place. Late Registration is uninhibited passion for one’s roots merged with a very clear, singular desire for progress, and because of that, it’s Kanye’s best album.