The lineup for this year's Pitchfork Music Festival has been announced. Headliners will include Kendrick Lamar, Beck, and Neutral Milk Hotel along with performances from Grimes, Giorgio Moroder, Pusha T, Death Grips, and more. This event goes down July 18th-20th in Chicago, with tickets available here. Expect more artists tobe announced in the near future. Check out the full lineup below. 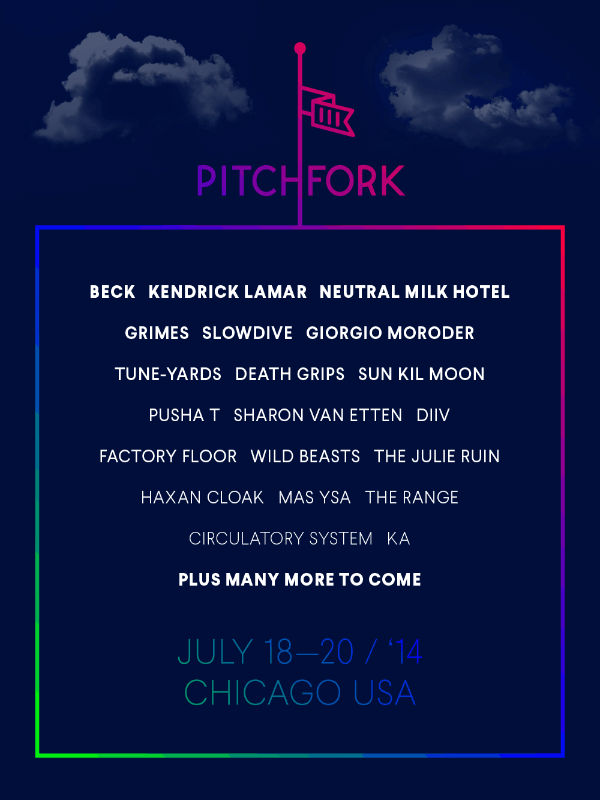