With the announcement of a new album arriving in February, many rumors were circulating that Kanye West will make his way to Saturday Night Live, blessing the stage as a musical guest. Today, by way of SNL's Twitter, it has now been confirmed. Hosted by Melissa McCarthy, expect this episode to air on February 13th at 11:30 P.M. EST on NBC. His album Waves arrives on February 11th. 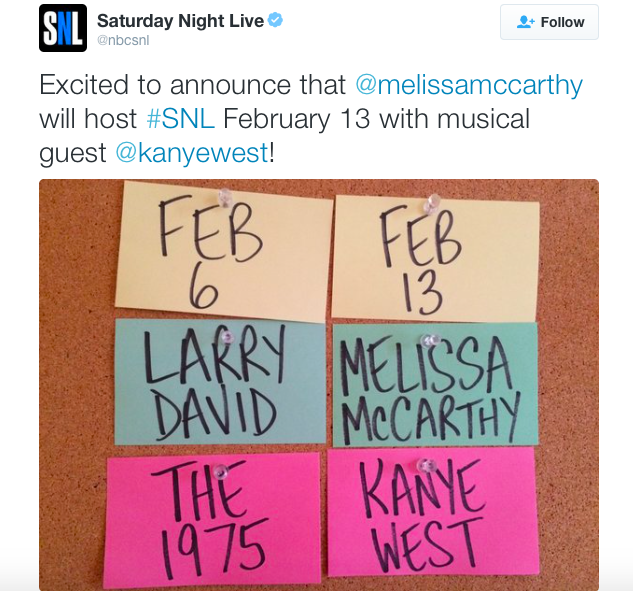